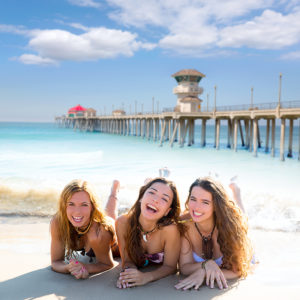 Hi, I'm Samantha, a five-time California egg donor. In my early twenties, I was away at school working several jobs to pay for my private education and balancing a busy social life. Finding interesting ways to make extra cash was always something on my mind in college because I valued the pursuit of education for personal and intellectual enhancement.

During the holiday break of 2008, I traveled home to spend Christmas with my family. My mother was telling me a story over dinner about a friend of hers who had been struggling to conceive a child with her husband for about a year now. She went on to tell me about the extensive testing they have done along with failed IVF treatments for her own eggs. I remember feeling so horrible for her, having come from a large family myself, I couldn't imagine wanting a child and not being able to have one after so much effort. My mother told me her friend was going to try and use a California egg donor after the holidays. I had never heard of egg donation before and I was interested in how that would work out for our family friends.

After I returned to school I began to look into the idea of becoming a California egg donor. I was shocked to see the monetary reward for donating eggs and I started to think, “how wonderful would it be to be the person that helps someone have a family and use the money to pay for my education?” I knew I wanted to sign up and undergo the screening process to see if I qualified. After a few months, I found an agency and I cleared the first round of screening. I was quickly matched with a family looking for a California egg donor with my genetics and educational background and I was then off to the Doctor for my first medical exam.

I had never had an ultrasound before. Why would I? As a woman in my early twenties who has never been pregnant or had fertility problems, there would be no need for me to have an ultrasound prior to pregnancy, except for the fact that I was in the egg donation process.

I laid there with my feet in the stirrups — hoping everything would look great. The physician quickly got to each ovary and counted 28 follicles and was very excited about my numbers. I completed the rest of my blood tests, PAP and STD screenings and I was on my way.

About a week later I received a call from the doctor who informed me that I had severe dysplasia on the right side of my cervix, which didn't prevent me from being an egg donor but he recommended that I see my Primary Care Physician for follow up information. I had no idea what dysplasia was or if it was a big deal, but after visiting my personal doctor I was informed it was the start of something that could turn into cervical cancer if not removed. I was horrified. I had no history of cervical cancer in my family and I had just had my yearly exam a month before going to my egg donation exam. It became clear that the doctors at my regular office “missed” this while performing my exam. This type of dysplasia could have spread upward into my abdomen and eventually could have rendered me unable to have children. I quickly had the cells removed and since then I have had no abnormal cells return. So why is this important?

If I hadn't gone through the process of becoming a California Egg Donor I might not have found out about my own issue. So for that, I am extremely thankful. It’s interesting how things turn out and I went on to donate a total of five more times after this. To this day I am an advocate for egg donation and the positive impact it can have on families and the egg donors themselves. Egg donation changed my life and I am certain my gifts have changed the lives of several families.