Conceived by Egg Donation: Reflections From a Young Woman By The Egg Donor & Surrogacy Program on October 20, 2017 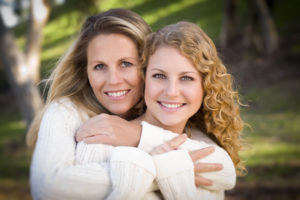 My twin brother and I were brought into this world through egg donation and sperm donation. My creation began with a provocative scientific experiment, fueled by technology rather than candlelight and champagne. As I’ve revealed this part about me to people I have crossed paths with, many wonder if I felt weird about being a result of science and egg donation rather than love. But I have to disagree. An act of love from a stranger was just as responsible for my creation as the petri dish.

I grew up knowing that my life had purpose from the very beginning and I never felt a sense of alienation from my parents as I accepted the terms of my own existence at a very young age. Because I was told that my brother and I were a product of egg donation at such a young age, I never once felt abnormal.

A small part of me has always wanted to know about my egg donor. I wanted to learn everything about her, her likes, dislikes, and her accomplishments. I also wanted to experience her profound compassion, which allowed her to answer my parents’ desperate longing for a child. I later realized that in order to find out more about her, I needed to learn about myself.

I discovered that I didn’t need facts about this mystery woman in order to know who I am, but rather I take a look at how my parents’ nurturing shaped who I have become. Although I’m eternally grateful for this woman’s selfless decision, she has not been apart of my life. I may not be biologically related to my parents but there has never been a day when I didn’t think of them as my parents.

I think growing up in an age where non-traditional families are as prevalent as ever made an impact on how I viewed my creation. As I grew up I met countless individuals who were adopted, had half-siblings and stepsiblings and who were products of egg donation as well. My exposure to peers that had similar experiences as I did help to normalize my situation. As I watched those around me who had untraditional families I realized that family no longer meant those who are genetically related. Instead of feeling alienated to the world, I feel more connected to it. Because I’m not related to my family members, I’ve learned to create and value relationships.

Having received unconditional love from both of my parents I’ve learned how to pass on that profound love to others. The decision for my parents to be open and honest about their egg donation process has taught me to be honest in my own relationships and it changed the way I define family. In a world that seems to be increasingly lacking in personal relationships amidst an intense digital revolution, the knowledge of my past has taught me the importance of real relationships.